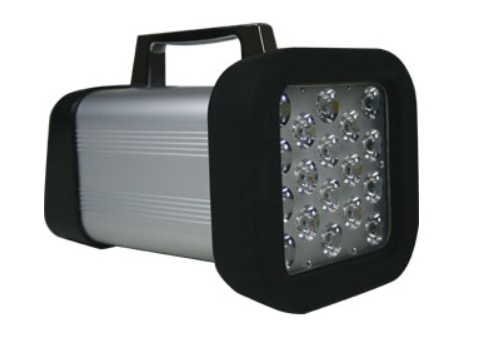 If you are looking for one of the brightest and most versatile stroboscopes, then you can do no better than this! Introducing the Shimpo DT-365 & DT-365E high intensity LED portable stroboscope. A stroboscope is used to study rotating or oscillating objects. Since it was discovered in 1832 by Joseph Plateau, it has come a long way and its uses have increased. Stroboscopes are important as a scientific tool to study the stress placed on machine in motion, amongst other things. As the LED light in a stroboscope is very bright, it is able to give the effect of an abject “freezing or moving slowly.

They are also used as a means to measure instruments to discover cyclic speed. Sometimes they can be used for combustion engines to set the ignition timing.

Shimpo was created in 1952 in Japan and was initially involved in the development of variable speed mechanical powertrains. However, it grew to incorporate and manufacture other precision instruments to study the torque and force of machinery. It changed its name in 1994 to Nidec-Shimpo and has grown to meet the demands of the industry. For the last 30 years it has been based in America. Nidec-Shimpo is well known for their high-quality range of precision instruments. The quality of their products is designed for laboratory use, so you can be sure it will be perfect for your needs. Their instruments are rigorously tested for force, speed and torque and the highly specialized equipment is   used in a wide range of situations, including quality control. Some of their customers include Aerospace and the automation industry.

At Willrich Precision, you can find a large array of precision instruments, including the Shimpo DT-365 & DT-365E high intensity LED portable stroboscope. Since we started in 1971, we have grown in number and knowledge. We have become one of the leading outlets for custom gauges and have served the space industry, pharmaceuticals and the defense industry. So, as you can see we are a name that can be trusted.

If you wish to know more about Shimpo DT-365 & DT-365E high intensity LED portable stroboscope, or any of our other huge range of precision instruments; get in touch now!