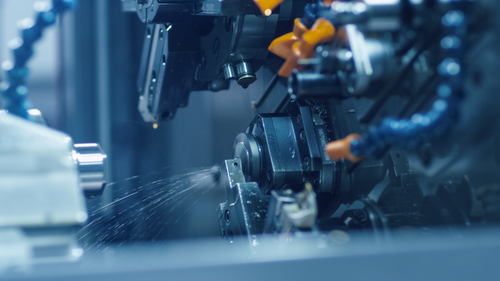 To automate a process, technical feasibility is a necessary prerequisite. This is the most important factor about automation to consider when automation is taken into account. Another precondition is the cost for development and deployment of both the software and hardware for automation. Labor cost and supply-demand dynamics also play an important role. The most important component in successful deployment over a period of time is the effort in adapting technology with human capital. With transformation of each individual workflow, every job will be changed, eventually. This requires change in skills as well as mind-sets.

Lesser control of the machine operator, short set-up times and faster testing processes is the reason why automation has a great influence in the industry. But what degree of automation should you prefer? Let us go through them one by one.

Positioning heavy work pieces can be difficult for the operator. Positioning slides and air bearing displacement makes the task easier and precise with finer adjustment. With manual guidance from the measuring station, the work is facilitated and accelerated in quality assurance.

The coarseness of tooth gaps and tooth flanks can be measured efficiently. As the starting point of measurement, probe is used by the operator to manually place the gear and search for the tooth gap. This is followed by starting the measuring program belonging to the gear. User influence is minimized with automatic running of the program. It is at the semi-automatic measuring station that contour and roughness measurement is taken.

The biggest advantage of a fully automated measuring station is that there is no influence of the operator. It is quick, productive and highly precise degree. Workpiece loading and unloading can be automated, while it is also possible to have a programmed change of probe arms.

What is the Benefit of Automation?

The main objective for manufacturers as they count in various factors is to capture as much benefit as possible from automation. No matter what degree of automation you are using, you can expect some automation maturity, which further has four stages: