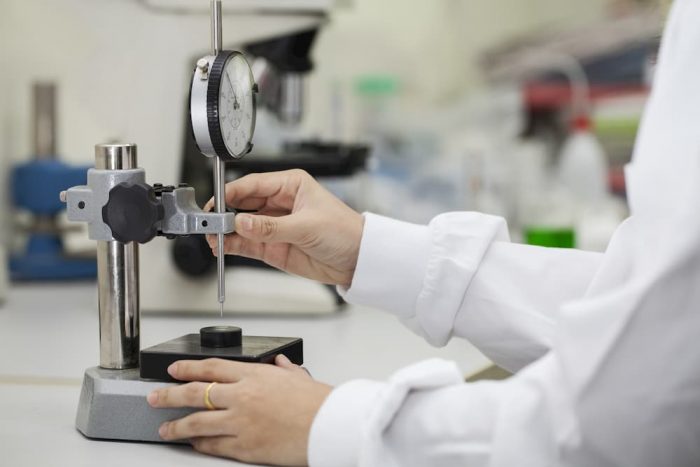 Height gages are used to measure a lot more than just heights. These useful measuring tools trace their origins back to the 16th century when Pierre Vernier developed the vernier scale. This scale allowed mathematicians and engineers to measure accurately. So good was his system that the scale became the standard of quality measurements for the next four centuries. From this, the vernier height gage and the gear tooth vernier height gage were developed and became widely used throughout various industries.

The height gage as since come a long way and a lot of other useful functionalities have been added to it. Its basic design has not changed much though. It looks like a hand-held caliper that rests on a heavy base that keeps the tool aligned to the surface. In the original machines, the scale had a movable jaw that was used to mark a part to indicate a measurement. Here is how to get the most out of your height gage.

Before you can use your height gage, you will need to set two references. The first of those is the zero-reference which the tool is able to set automatically. It does so by moving to touch the surface to set a reference point. Machining experts recommend that you do this process twice so as to ensure that no dirt or other anomalies interfere with the reference.  The other point of reference is correcting for probe ball diameter. This reference does not matter very much if the gage is only being used to measure heights.

Modern digital height gages make it easy to take any measurement. All the operator needs to do is to slide the measuring carriage across the part that is being measured and press a button. The gage will move the carriage from the top to the surface and print out the height reading on the display. Modern height gages allow the operator to manipulate and share data. They come with data ports and other useful connectivity options that allow for the transfer of data to computers and other platforms for analysis and storage.

Things to Look Out For

One of the most common sources of bad readings from height gages is when an operator takes higher than recommended height measurements without changing the base. When this happens, the gage wobbles (although this may not be discernable) and this influences the measurement.